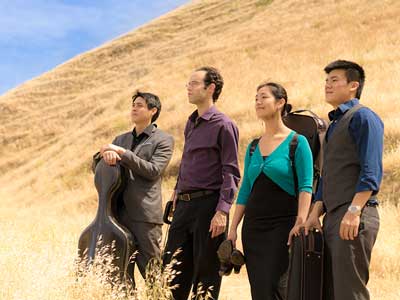 The Telegraph Quartet recently won the 2016 Naumburg Chamber Music Competition, a prize that helped launch the careers of groups including the Pacifica, Brentano and Emerson string quartets and the Eroica Trio. The prize carries with it a performance at Carnegie Hall / Weill Recital Hall and a commissioned work by esteemed American composer Robert Sirota.

The quartet also won the prestigious Grand Prize in the 2014 Fischoff Chamber Music Competition after playing together for less than a year. They were the only American quartet of the fifteen from around the world invited to showcase at the 2016 Paris Biennale de quatuors à cordes (Biennial String Quartet Festival and Symposium).

The Telegraph Quartet is based in the San Francisco Bay area.